We are only offering IN STORE PICKUP through our website. Please visit us on Bookshop.org for shipped orders. Thank you!

Join us for a standup comedy show at Trident Bookstore featuring local Boston comedians serving up a heaping pile of brouhahas!

Liz Dufresne: Liz Dufresne (she/they) is a Worcester-based comic incapable of saying “no” to any comedic adventure. As such, they have been roped into all manner of improv, sketch, and standup comedy shows. When she is not on stage, she is avoiding using her engineering degree at all costs and trying to figure out if everyone really is a little neurodivergent, or if it’s something she should see a specialist about.

Rohan Dias: Rohan began doing comedy as a teenager in Bangalore, India. Since then he’s preformed in Los Angeles, Mumbai, Amsterdam and London. He still remains an active part of the scene in Bangalore, and now Boston.

Chris Sintetos (Headliner): Chris Sintetos is a new comedian in the Boston stand-up scene; his comedy tends to blend real-world storytelling with bizarre observationalism. Chris has been performing all around the greater Boston area for the past year at venues such as the Comedy Studio. When he's not doing stand-up, Chris enjoys walking out on movies that didn’t meet his expectations and then texting everyone he knows, explaining why they shouldn’t see it. 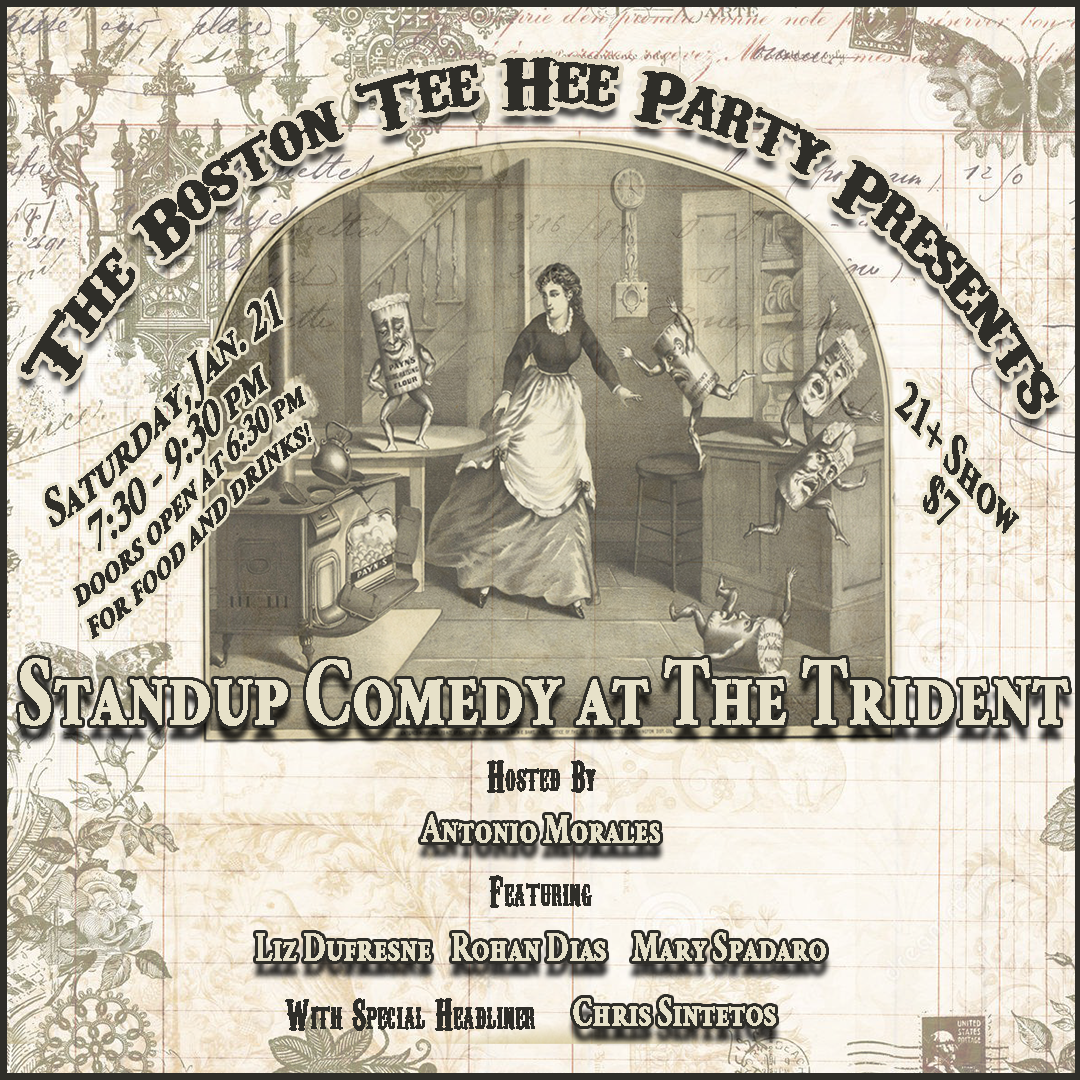