We are only offering IN STORE PICKUP through our website. Please visit us on Bookshop.org for shipped orders. Thank you!

Join “Awet Comedy & Friends” for some comedy and Energy Healing performed by the Host, Awet Teame.  Awet’s a certified Theta Energy Healer and current actress on Showtime’s “Dexter New Blood.  She has performed stand up from the East to the West Coast since 1998.  Awet’s an Emerson College grad, born in Eritrea, raised in Boston, and proud of her sexy US passport.  Her comedy style is described as honest, real, and mixed with a few nuggets of wisdom.  Instagram - @awetteame

Amma Marfo - a co-producer and co-founder of FODball Productions, a series of mics and shows dedicated to showcasing “FOD-ball” comedians (or those who are typically the ‘first, only, or different’ of their kind on comedy lineups), and as of January 2022 is hosting Pantry Raid Comedy, an online comedy show that allows comedians to share their favorite jokes – and their strongest food-based opinions – presented by Comedy Hub. Instagram - @ammamarfo

Angela Sawyer - a professional middle-aged nice lady, very artsy, who runs weekly and monthly comedy shows at terrible bars around Boston. She has done things like front of a hardcore band, gone to school for philosophy, performed throwing cake at a lady, recorded an album inside a car, and a bunch of other silly stuff. She has mostly forgotten because she is quite old. Instagram - @downwitpants

Sarah May - is an up-and-coming comedian looking for laughs at her own expense. Born in Texas, Sarah's dark humor stems from a childhood of rugged independence, otherwise known as "neglect" to New England audiences. Instagram - @SarahMayLaugh

Uzair Malik - is a Muslim Indian immigrant stand-up comedian from San Francisco and now based in Boston. He was born and raised in India, and moved to United States about a year ago. He has previously performed at San Jose Improv and a regular at Alameda Comedy Club in the Bay area. He was also part of Improv groups at Endgames and ComedySportz in San Francisco. Instagram - @laughing_syndrome 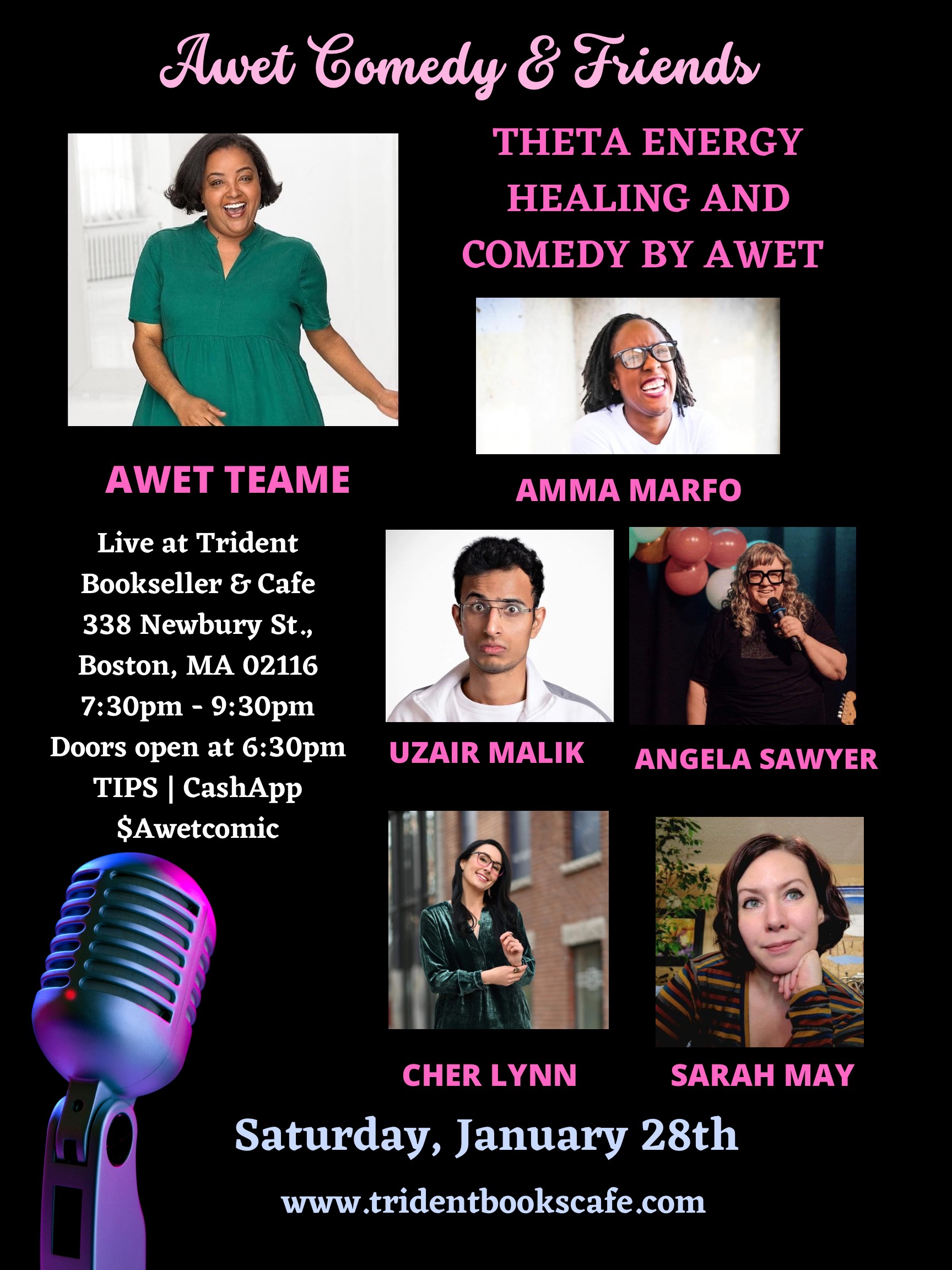